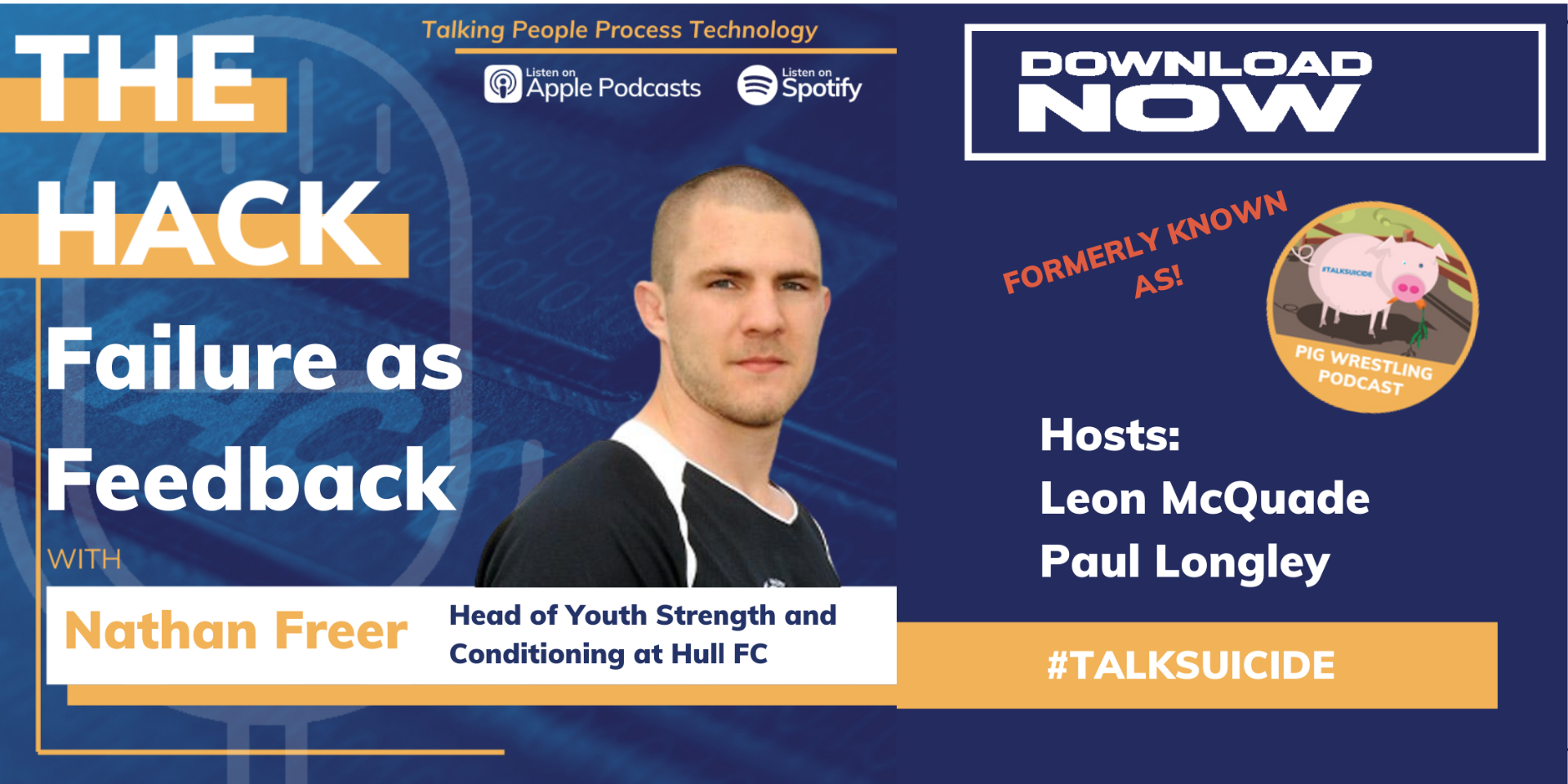 Posted on 30th July 2020 at 12:40
On this week's straight-talking smart tech podcast, The Hack hosts Leon and Paul with Nathan Freer
Failure as Feedback – Nathan Freer – Head of Youth Strength and Conditioning at Hull FC
Nathan Freer (born 21 May 1989) is a former professional rugby league player with a passion for sport, having been involved with it for most of his life. He is now Head of Youth Strength and Conditioning at Hull FC, and has two daughters with his wife, Amie. Aside from his sporting life, Nathan enjoys listening to '80s music, especially when he’s cooking: “We have a bit of special time on a Friday night and the '80s go on and I’m loving it!”
Listen on Anchor
Listen on Spotify
What’s discussed?
Before his professional rugby career began, Nathan attended the University of Hull and Bishop Burton College, where he would later go on to be a lecturer specialising in Sports Performance. Nathan played professional rugby for Hull FC, York and Featherstone. He is now involved with England Academy where he oversees the strength and conditioning, having previously worked for England Youth. He also looks after all the programmes for the young players at Hull FC with a specific focus on strength and conditioning.
Nathan is invested in improving conditioning and strength in young athletes. One of the first books he read was Michael Boyle Functional Strength Coach, which he believes may have started him out on certain career paths. Nathan says: “That’s fantastic. And that’s probably one of the first books I read. And in terms of SMC, it started me on that path.” Having learnt from his career, when faced with a failure, Nathan always tries to find the positives. “I’m pretty positive I think for anything. I can’t remember his name but I was listening to a podcast with a guy the other day. And he was just taking failure as feedback. Thinking, 'what is this trying to teach me', is a game-changer in terms of your mindset."
Knowing the optimum training techniques can be difficult as a young athlete. Speaking with Nathan on this, we asked: “So knowing what you know now, what advice would you give to yourself at 18? And what advice should you have ignored?” Nathan says: “Looking back, it’d be to eat more protein. And probably don’t spend as much on supplements. And don’t put people on a pedestal. Don’t sit back, and just do it. You’re good enough.”
Sponsored by: Talk suicide
Powered By: Think Cloud
Tagged as: The Hack Podcast
Share this post: