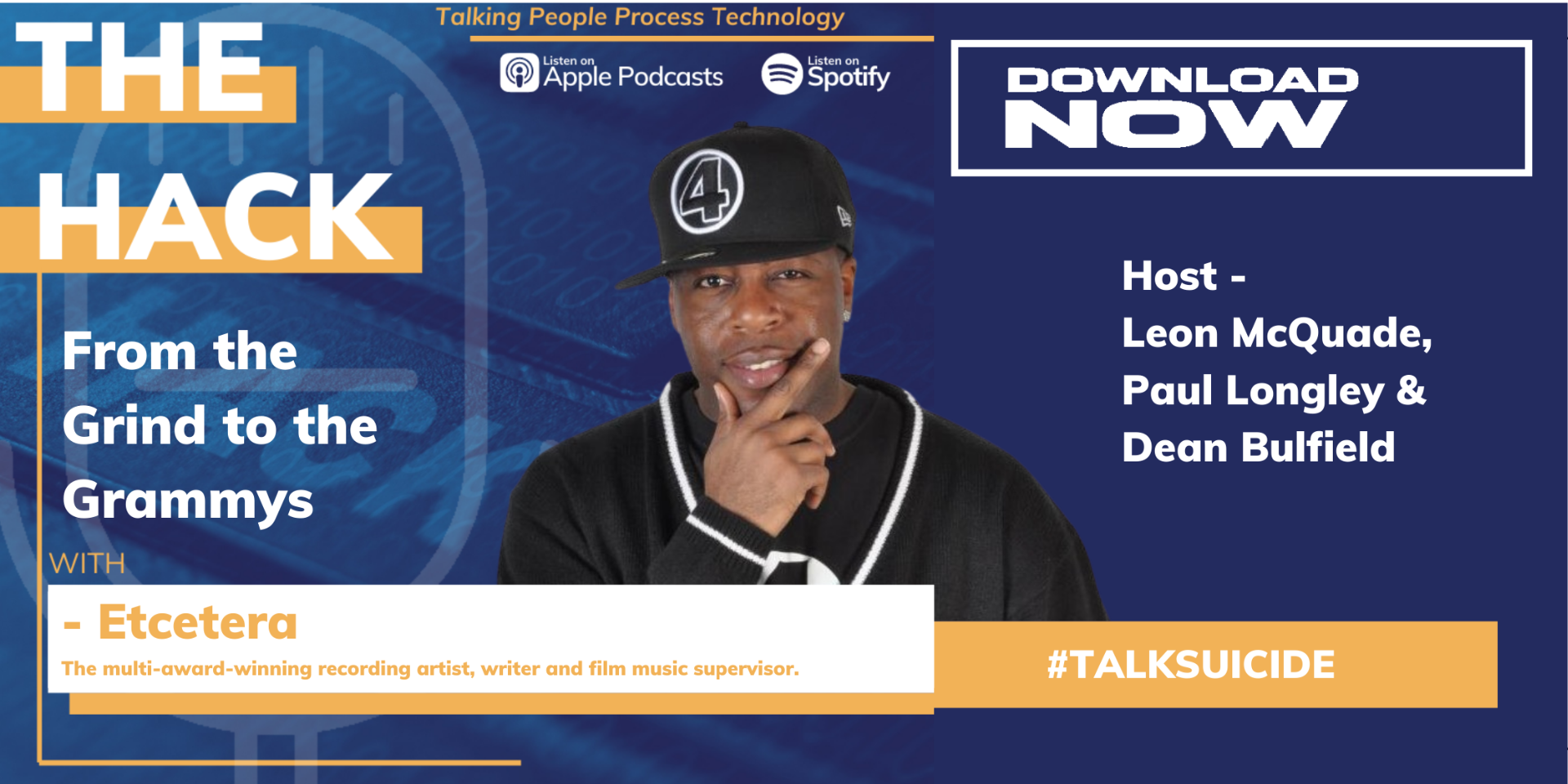 How To Go From the Grind to the Grammys - Etcetera

Posted on 16th September 2021 at 14:26
On this week's straight-talking smart tech podcast, The Hack hosts Leon, Paul and Dean are joined by The multi-award winning recording artist, writer and film music supervisor Etcetera.

The Grind to the Grammys - Etcetera

Do not fear, The Hack is here and we're going worldwide! Leon McQuade, Paul Longley are joined by Brooklyn native and hip hop superstar Etcetera.
Listen on Anchor
Listen on Spotify

Etcetera has gone from "The grind to the Grammys" and his appearance on the show provides the hosts with a wide range of interesting topics to discuss. This episode is the first in which Leon and Paul have Dean at their side, and what an episode to welcome him to the show with!
Etcetera has been lucky enough to share the stage and the studio with some of the biggest names in the business, from Busta Rhymes to Kanye West, and is currently gearing up to release his sophomore album 'Sagittarius'. Etcetera's career has seen him produce as well as perform and even narrowly miss out on Oscars contention with his song 'Brawler' from the film 'Bare Knuckle Brawler' starring Danny Trejo.
As always, our hosts are on hand to provide thought-provoking questions as we seek to peer behind the curtain and into the man. What are the three books that changed his life? What's been the driver behind his career?
As ever on the show, there is a focus on people, processes and technology and while the New York rap game seems a world away from the North of England, Etcetera's appearance on the show provides yet another area uncovered until now as we learn more about the music industry, the roots of rap and even the luxury of Lamborghinis! Etcetera's career has been one of highs and lows and he is quick to point out that self-belief has been key in him achieving what he has to date. 'From the grind to the Grammys' isn't just a catchy line but one that reminds him where he's come from.
So listen now to another episode of The Hack - you won't want to miss it!.
Sponsored by: Talk suicide - Take the free suicide prevention training today
Powered By: Think Cloud
Tagged as: The Hack Podcast
Share this post: