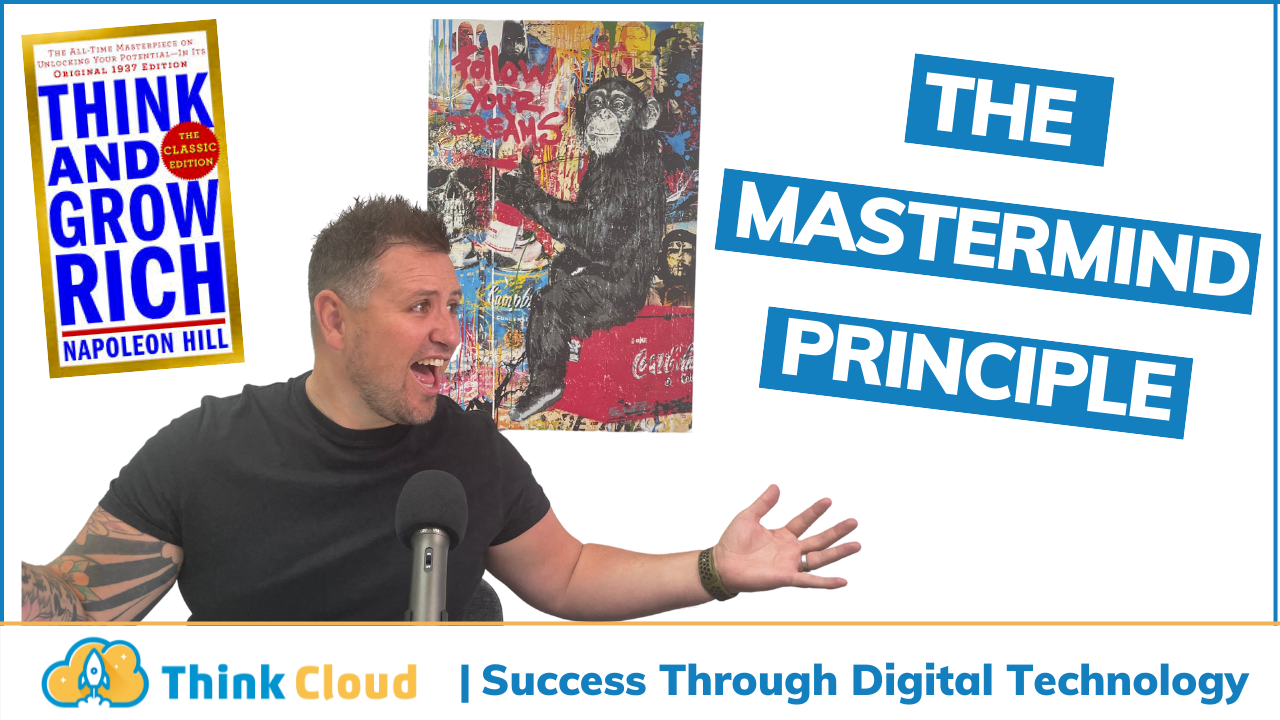 Posted on 16th June 2022 at 11:37
Mastermind groups have been around for centuries, and for a good reason. They are an incredibly effective way to take your personal and professional life to the next level.
A mastermind group is a peer-to-peer mentoring group where members get help and input from their fellow group members.
In this blog post, we'll discuss mastermind groups, what they are, and how you can join one (or start your own!).

What Is The Mastermind Principle

Contents Quick Links:
Napoleon Hill
What is the Secret of Mastermind Groups
How to start or Join a Group
Top 3 local mastermind groups in Kingston Upon Hull

The Secret to Accelerated Learning & Growth

Napoleon Hill is one of the most famous names in the self-help genre. He is best known for his book, Think and Grow Rich, and in it, he discusses the power of mastermind groups.
However, he first wrote about "mastermind alliances" in 1928 and 1930 (not in the Think and Grow Rich, published in 1937). The Mastermind principle was first introduced in Hill's 1928 book The Law of Success nearly ten years earlier).
Hill defines a mastermind group as " a coordination of knowledge and effort, in a spirit of harmony, between two or more people, for the attainment of a definite purpose."
For many years, he wrote and taught and has been a long advocate for the use of mastermind groups to elevate your personal and professional lives to become more productive and successful. edit it.
The Law of Success (1928)
In his first book, The Law of Success, Hill wrote about the Mastermind principle and how it can be used to achieve success in sixteen steps. The book was a bestseller and established him as an authority on the subject of success.
In The Law of Success, Hill outlines the principles of the mastermind group and how to use it to achieve your goals. The book is considered one of the most influential self-help books ever written.
The Magic Ladder to Success (1930)
Hill's second book, The Magic Ladder to Success was published in 1930. The book is a collection of essays that discuss the principles of success.
He writes: "No individual may have great power without availing himself of the "mastermind"."
The fundamental principles in the book define the ethics and behaviours that allow everyone who uses them to rise to the top of their field. According to Hill, leaders aren't born; they're created by a very similar set of fundamental traits.
Think and Grow Rich (1937)
Hill's most famous book, Think and Grow Rich was published in 1937 and is among the ten best-selling self-help books. The book has sold over 30 million copies and translated into over 40 languages.
In Think and Grow Rich, Hill discusses the power of mastermind groups and how they can help you achieve your goals by harnessing the collective intelligence of the group.
Master Key to Riches (1945)
Master Key to Riches is a powerful formula for self-improvement, which shows you how to harness the powers of your will and mind, from positive thinking and goal visualisation to habit formation and self-discipline to achieve mental happiness, business success, spiritual vitality and financial rewards.
Napoleon Hill's Master Key - Complete Series
In the 1960s, Napoleon Hill recorded a multi-part television series covering his Master Keys to Success principles, which he explains can "unlock the door to any opportunity that your mind can conceive".
Napoleon Hill's Master Key - Complete Series (Official Video) can be watched on YouTube (click on the video to your right!) 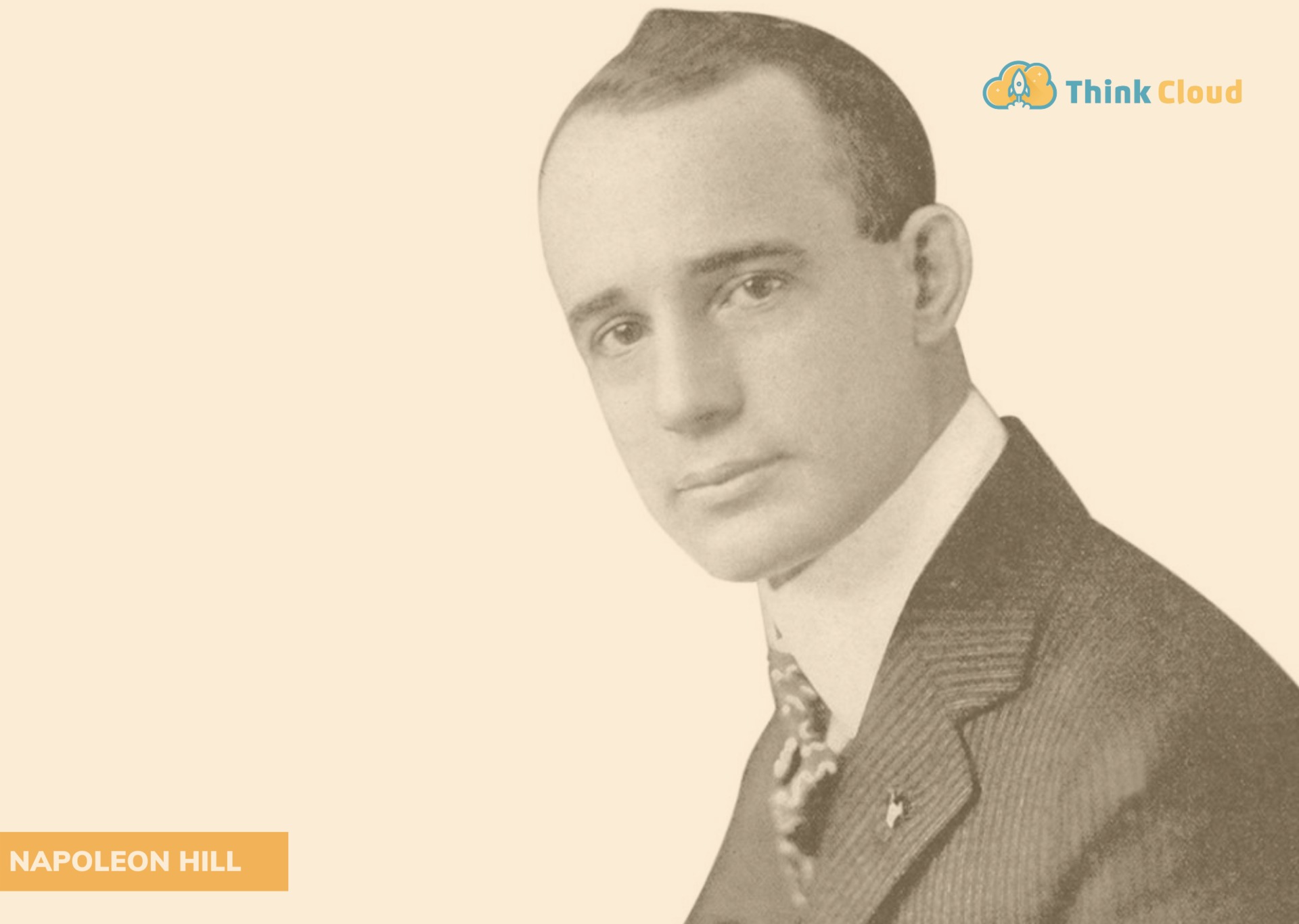 What is the Secret of Mastermind Groups

Mastermind groups are simply a group of like-minded individuals who meet regularly to support and encourage each other. The key benefit of mastermind groups include:
Being able to share success and challenges
Accountability
Encouragement and feedback
Idea and insight generation
Networking opportunities
In Napoleon's books he talks about the power of mastermind groups and how they can help you achieve success. He writes:
"The "mastermind" may be defined as Coordination of knowledge and effort, in a spirit of harmony, between two or more people, for the attainment of a definite purpose."
In other words, mastermind groups give you access to the collective intelligence and experience of the group. The members of the group act as a sounding board, providing advice and feedback. Mastermind groups can help you achieve your goals faster and with less effort because you have the support of the group.
When two people come together, he claimed, a third mind, the Master Mind, is formed. To him, it was a distinct entity in discussion with an energetic/spiritual connotation. It has evolved from "mastermind alliance" to "mastermind group" over the last 85 years, but the meaning and underlying principles still exist today. 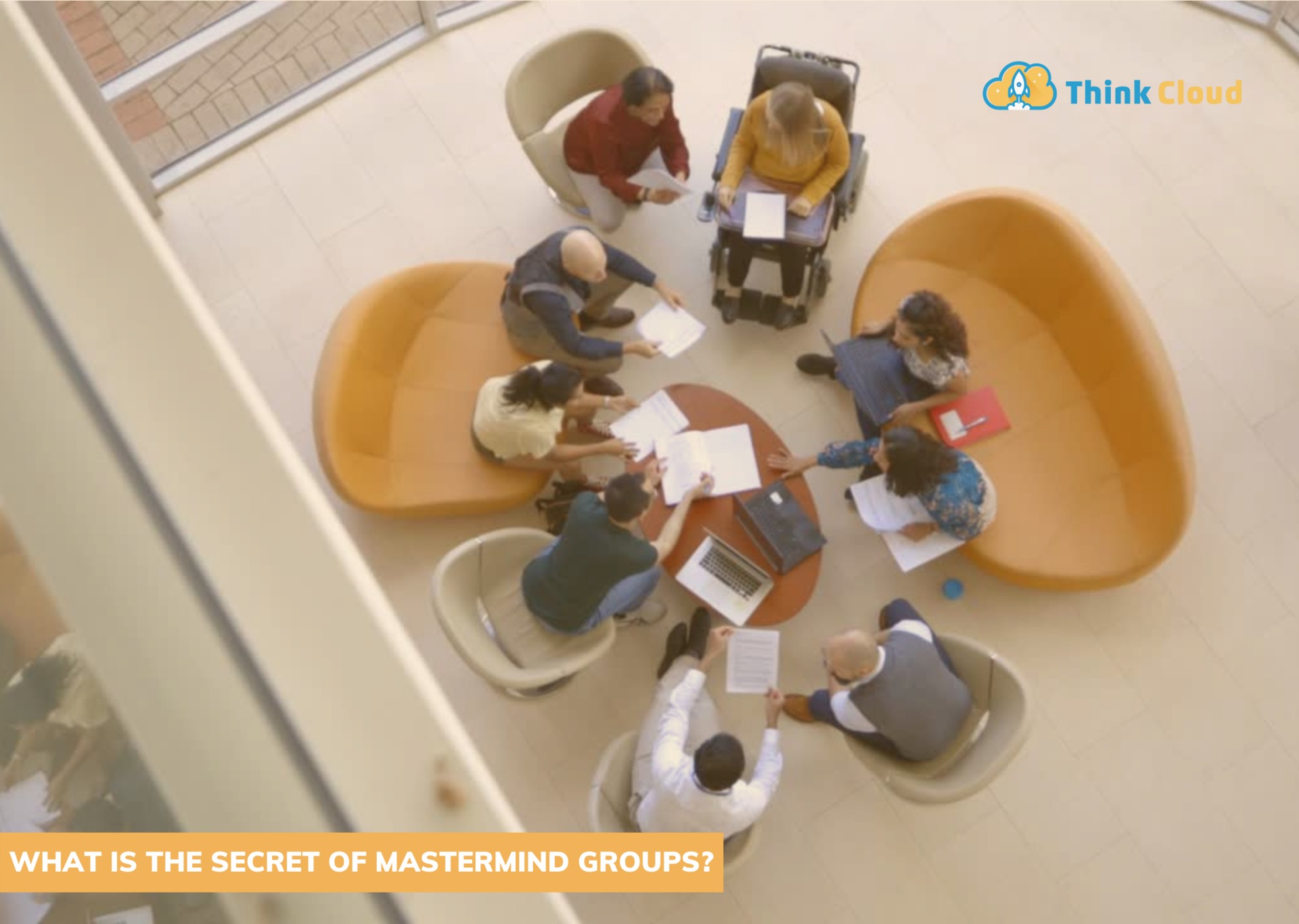 How to start or Join a Group

If you're interested in joining a mastermind group (or you might want to start your own), you should keep a few things in mind. First, it's essential to find a group that is a good fit for you. There are many different types of mastermind groups, so it's important to find one that aligns with your goals and values. Second, be prepared to commit time and energy to the group. Mastermind groups require regular participation from all members to be effective.
There are two types of mastermind groups: one focused on an individual's success, and the other focused on the group's success. According to research, optimum groups should have 8 to 10 members who meet regularly with rotating leadership.
When starting a mastermind group or joining an existing one, look for the following three criteria: amiable, growth-oriented, and eager to communicate knowledge. Mastermind groups are about nurturing and developing one another. However, it's critical to locate individuals with whom you get along well and with who you feel comfortable sharing your objectives and aspirations.. 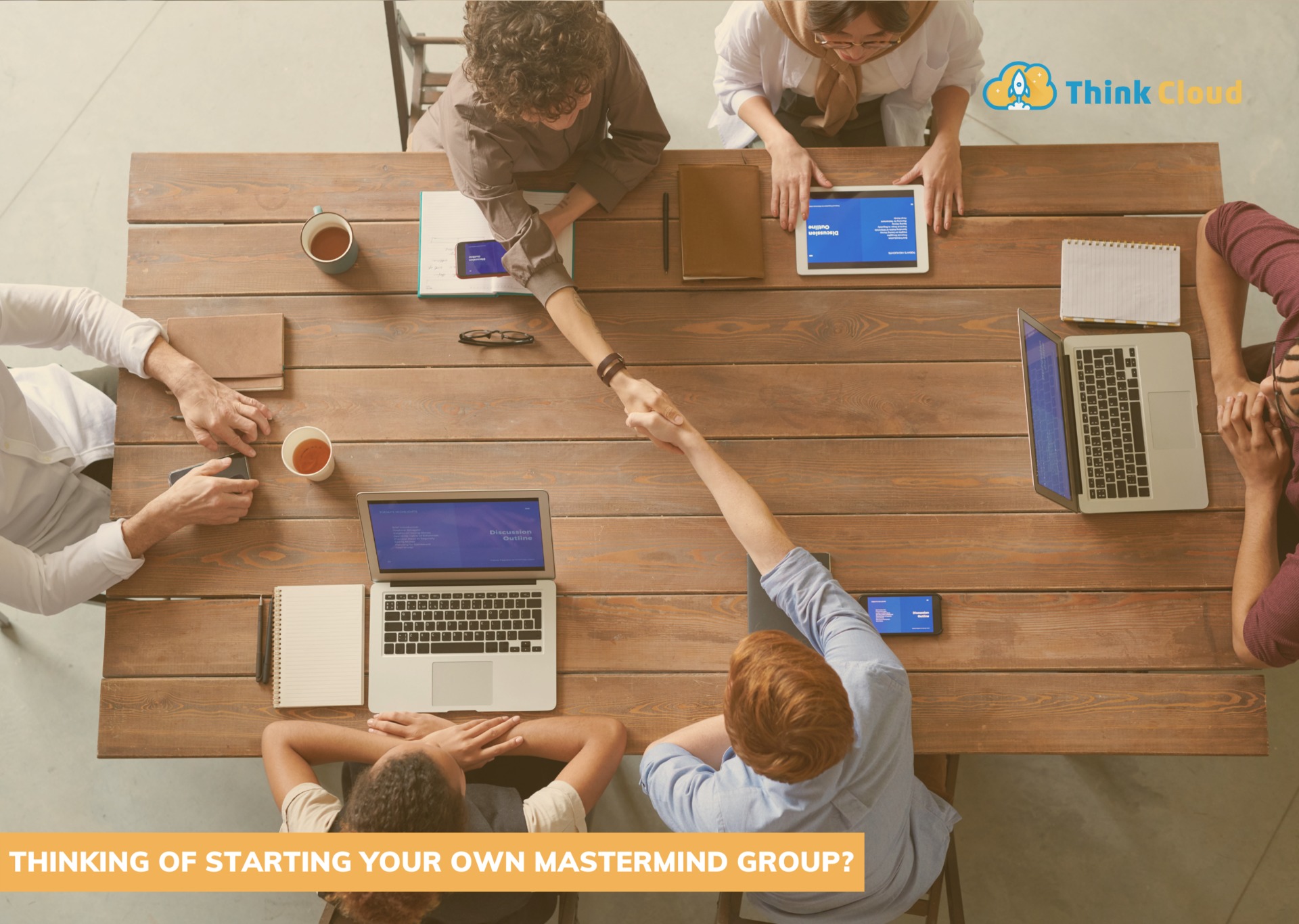 All you have to do is look locally to you and you will find a whole wealth of oppertunites here are a list of the top groups we are members in each unique in their own way:
BNI - Kingstonw Bevan - Or Check out BNI find a chapter which lists out all locations around the world.
For Entrepreneurs Only - FEO is a group of like-minded local entrepreneurs in Kingston Upon Hull who combined turnover £4bn a year! With the goal of entrepreneurs helping entrepreneurs to start, adapt and scale their businesses.
The Business Culture Hull - A Community of can do professionals who are on hand to grow and share knowledge.
If your local to Hull and would like to head along to one of the above groups drop me an email and you can attend as a guest with me book a quick 15 min meeting here and I can help you attend a visitor with me!
Ps.. If you are interested in learning more about Hill's works, we have compiled a full list below to help you on your way, thanks to Wikipedia
The Law of Success (1928)
The Magic Ladder to Success (1930)
Think and Grow Rich (1937)
Outwitting the Devil (1938, published 2011)
How to Sell Your Way Through Life (1939)
The Master-Key to Riches (1945)
How to Raise Your Own Salary (1953)
Success Through a Positive Mental Attitude (with W. Clement Stone) (1959)
Grow Rich!: With Peace of Mind (1967)
Succeed and Grow Rich Through Persuasion (1970)
You Can Work Your Own Miracles (1971)
You may also like: The Masterkey Society Which is an educational YouTube library for people seeking wisdom, meaning, and self-improvement!

At Think Cloud We Help You Work Faster, Work Smarter, Work Better - Together!
If you like to Think different and want access to more inspirational content then head over to our 'The Hack Podcast' pages where Leon McQuade, Paul Longely and Dean Bulfield bring a leader’s eye over technology drivers shaping the world and talk about transformation & change focusing on people, processes and technology.
Based in the heart of the digital tech hub in Hull, East Yorkshire, find out how Think Cloud's award-winning IT Support can empower your business to operate more efficiently.
Award-Winning Cyber-Security & IT Solutions for 10 - 250+ Staff.
Contact Us
Tagged as: Productivity
Share this post: