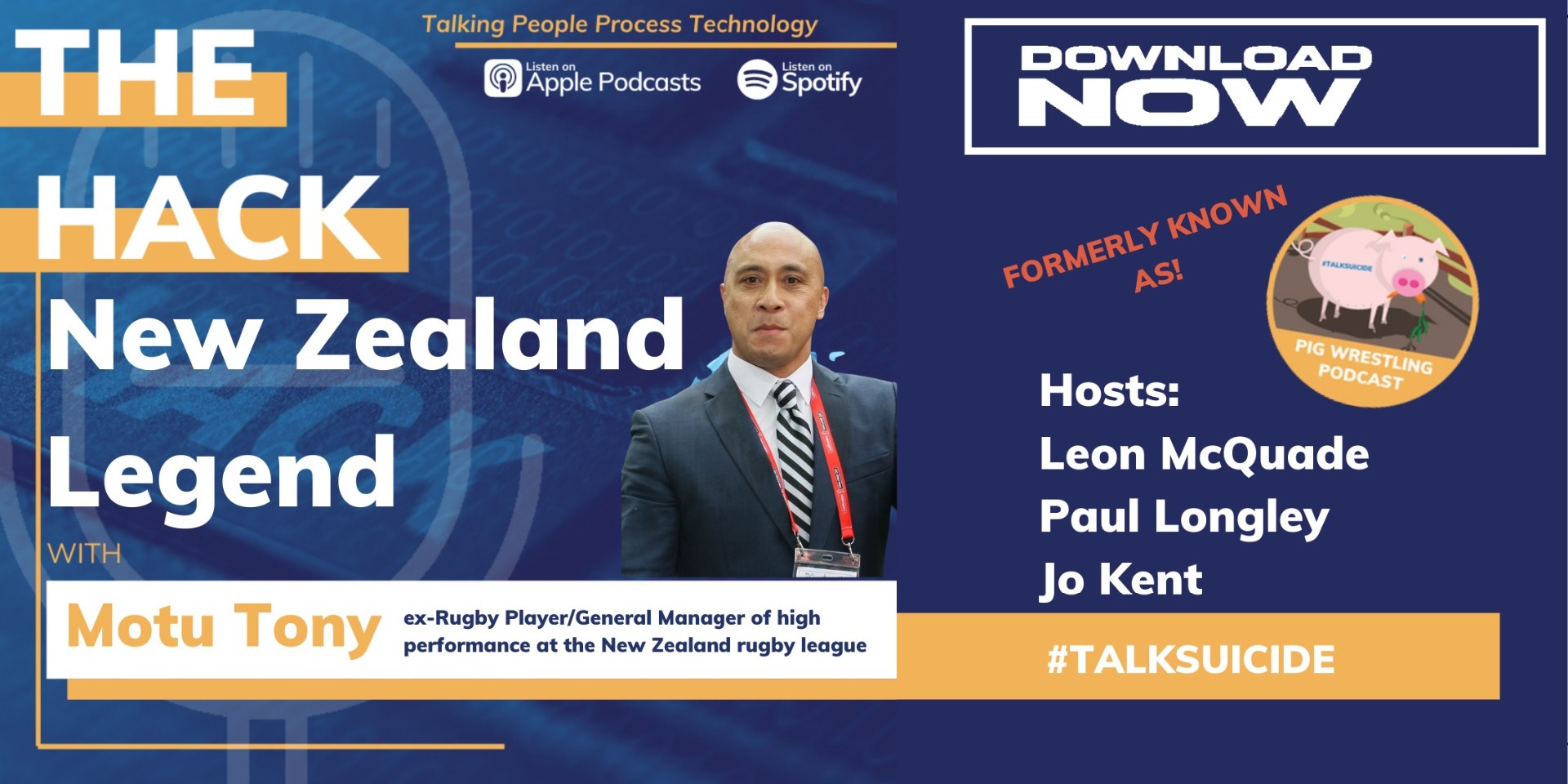 Posted on 2nd July 2020 at 10:25
On this week's straight-talking smart tech podcast, The Hack hosts Leon, Paul and Jo are joined by Motu Tony ex-Rugby Player/General Manager of high performance at the New Zealand rugby league

New Zealand Legend- Motu Tony stand's up for what he believes

Motu was born in New Zealand; he is married with five children. He studied at De La Salle College, Auckland; then onto The Open Polytechnic Of New Zealand graduating with a Bachelor of Arts. He also attended the University of Huddersfield, studying for a Master of Business Administration when he was over in the UK.
Listen on Anchor
Listen on Spotify
What’s discussed?

You've got to stand up for what you believe

He started playing rugby for Marist Saints in the Auckland Rugby League Competition. Before being signed for New Zealand Warriors. He has played professional rugby league for New Zealand Warriors, Brisbane Broncos, Castleford Tigers, Hull FC, Wakefield Wildcats; making 177 appearances, scoring 52 tries. The big one notably for Hull FC in the 2005 Challenge Cup Final against Leeds Rhinos. Motu also played for the New Zealand national team on numerous occasions.
Once Motu finished playing, he went on to become the General Manager at Hull FC where he was a massive influence, not only on the pitch but off it too. Motu loved his time in Hull, saying "I enjoyed playing for the club and working at the club—being in the city with the people, seeing how genuine they were. How much they cared for their rugby team. That sort of struck a chord with myself and my family straight away. That's why we stayed in Hull for so long."
Another love apart from his family and rugby is reading. Motu says " I love a good book. So reading is probably one of my most favourite hobbies. I've got a bit of a career journey mapped out. When I finish in sports administration, I'd love to be a food critic, and I'd like to get paid to read books so you know those are my pipe dreams."
One of the first books he recalls reading is 'The Autobiography of Malcolm X as told to Alex Haley'. "It taught me just how you've got to stand up for what you believe! I got that from that book quite early, as a young boy." His second book was by an American entrepreneur by the name of Russell Simmons. "He preached just to be yourself and to be authentic and to operate respectfully, never lose sight of who you are." Motu has carried this throughout his Rugby career.
Now Motu is back in his native New Zealand as General Manager of high performance at the New Zealand rugby league. Very similar to the job that he held at Hull FC. To develop the next lot of senior Kiwis or Kiwi ferns, (which is the female senior team in New Zealand). His role is to ensure that the young players that pick up a rugby ball can go all the way to the top whether it's professional or international.
Sponsored by: Moodbeam, Hopen, Talk suicide
Powered By: Think Cloud
Tagged as: The Hack Podcast
Share this post: